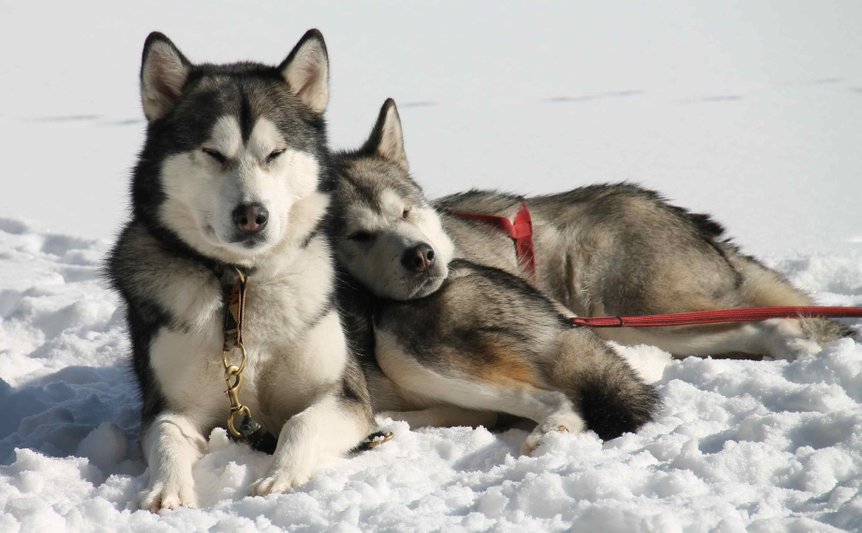 Prior to owing Alaskan Malamutes we have enjoyed 25 years with Sibirian Huskies. Sadly in 2009 we said good bye to the last member of our pack which brought the end of era including 3 breedings and 5 beloved dogs who stayed with us.

Beginning of 2010 our story with Alaskan Malamutes began with Soyala. Only 6 weeks later a second malamute joined the team, it was Tokki, a real working mal.

In 2012 we decided to breed our own litter. Soyala gave birth to 6 nice pups out of this we added KIMBEAR`S ARCTIC WOLF and MOON to our pack – called Yoki and Akeela.

In 2015 our second littler was decided to breed and Akeela gave  bith to 8 puppies. Out of this we added KIMBEAR`S BOTHEL BLAZING THE TRAIL and EXPRESSION OF JOY to our pack - called Chico and Anyu.

2009: My name is Soyala – TOOLIK`S A WINTER`S TALE – I found a nice home with Klaus and Doris. My Soyala, comes from the Hopi language which means „winters solice“. As I had no other dog to play with Tokki joined us shortly after I came. His name is even longer, NOATAK`S TRAILBLAIZER TOK DU YRA, which means I am crazy of flurries. This is a perfect description of my character because I am nuts. We have a perfect life with lots of outdoor activities and we share a lot of time with our humans.

In 2012 we made the long journey to Norway to visit Tatanka – BEAVERS CREEK MKC Tatanka, the malamute of our dreams. He was such a beautiful match, everything about him was perfect, his body, his character and his attitude. From this mating emerged 6 happy and healthy puppies. By the end of 2012 we were proud to see a perfect and homogenous litter. Two puppies  - Yoki and Akeela  - stayed with us. Two puppies live nearby so that we can meet and see them very often. Now we are a real familiy pack doing lots of activities together such as training, agility and pulka tours.....Sometimes we do not know where to live as we are moving back and forth from Germany to Sweden, but finally we settled on both places.

2014 was a very exiting year. We did a small expedition – an adventurours trip along the Kungsleden in March. Since then we have done our training in a bigger team with heavy gear such as training cart or ATV.

By the end of 2015 we breed our second litter.  Akeela  has chosen MOUNTAIN HOME`S LEAD DOG at Packice as perfect match. From this mating  emerged 8 healthy puppies, two of them stayed with us, 3 went to England and 3 pups stayed in the area of North-Germany.

Besides this our life is very harmonious with lot`s of fun. Please have a look and follow our activities..... 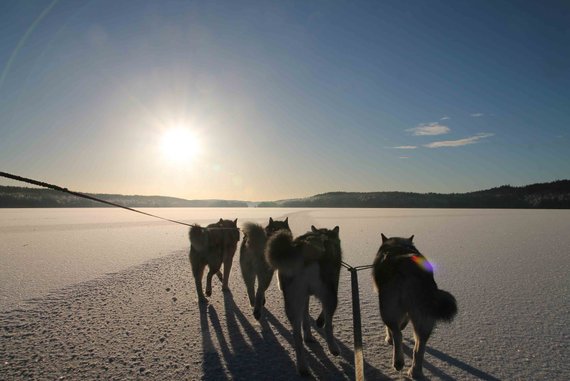 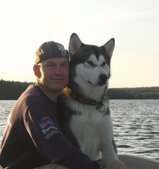 We both love nature and outdoor activities in summer as well as in winter. Our dogs always join us. Our slogan is: Enjoy silence and nature as long as possible 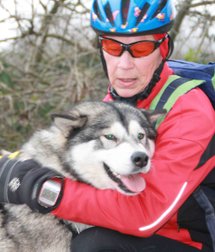